Budget Director Of The White House Is Stepping Down 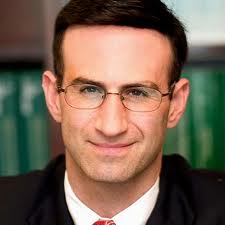 This just in from The Wall Street Journal – The White House said budget director Peter Orszag, one of the most visible members of President Barack Obama’s economic team, will be leaving his post this summer. Peter Orszag, the White House’s budget director and one of the most visible members of Obama’s economic team, plans to leave his post in July. David Wessel and Neal Lipschutz discuss. Mr. Orszag, the most senior official to leave the Obama administration, will step down in July, two administration officials said.

Officials close to Mr. Orszag noted that he had served nearly four stressful years in similar posts, first as director of the Congressional Budget Office, then as Mr. Obama’s first director of the Office of Management and Budget. Mr. Orszag helped steer through Congress a $797 billion economic-stimulus bill in his first weeks at the White House job before becoming one of the driving forces in shaping the health-care law.

He told the Associated Press on Tuesday that he viewed the passage of last year’s economic-stimulus bill as his most significant accomplishment. The president had wanted a decision from Mr. Orszag before the fall, when the administration will begin putting together the fiscal 2011 budget amid some of the greatest budget pressures in modern U.S. history. Mr. Orszag will also be marrying Bianna Golodryga, an ABC News business reporter, in September, and “restarting his life,” a person close to the budget director said.

“Peter has served alongside and within a valuable economic team that has faced the greatest economic crisis any president has faced since the great depression. It is an enormous task,” White House Press Secretary Robert Gibbs said Tuesday.

Already, administration officials have begun vetting possible successors. One, Gene Sperling, a director of President Bill Clinton’s National Economic Council and a top aide to Treasury Secretary Timothy Geithner, has been cleared to take the position of deputy budget director, but uncertainty about Mr. Orszag’s departure date had frozen Mr. Sperling’s move. Along with Mr. Sperling, White House officials are considering names including Laura Tyson, a former top Clinton White House economist and dean of the University of California’s Haas School of Business; Robert Greenstein, director of the liberal Center on Budget and Policy Priorities; and Rep. Artur Davis (D., Ala.), an early supporter of Mr. Obama’s White House bid who recently lost the Democratic nomination for his long-shot campaign to be Alabama’s first African-American governor.

According to a source familiar with the deliberations, Ms. Tyson’s name has surfaced because she is seen as a confident, credible spokeswoman for White House economic policy as the record budget deficit moves to perhaps the most prominent spot in the president’s domestic agenda. Mr. Orszag will leave with major legislative accomplishments under his belt. But a man who made his name as a budget hawk, first at the Brookings Institution, then at the Congressional Budget Office, also failed to make a dent on a deficit swollen by spending that shot up during the economic downturn and stayed high as Mr. Obama pushed spending and tax cuts to restore economic growth.

A bipartisan White House commission is considering ways to tame the deficit, and will report back after the November midterm elections. If the ideologically diverse panel can agree on recommendations, the president must then turn his attention to implementing them. If the group cannot agree, officials said, Mr. Obama will have no choice but to push his own budget solutions. The deficit is lingering at nearly 10% of the gross domestic product.

Even under the president’s assumptions on declining health-care spending and a freeze on non-security domestic spending, the deficit wouldn’t drop to what Mr. Orszag has called sustainable levels over the next decade without a sharper policy response. The commission is looking at cuts to discretionary spending and entitlements such as Social Security and Medicare, as well as an overhaul of the tax code that would simplify taxation and bring in more revenue. If, as expected, Republicans grab more seats in Congress in November—or even control of the House of Representatives—the president plans to push them to make good on their own promises to tackle the budget deficit.