Go Green With Your Cell Phone 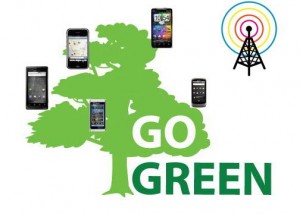 Sony Ericsson Cell Phones is about to release their newest phone, which is is really a first of its kind. It is a smart phone with a eco friendly. The phone is in line with Sony cell phones new push towards more environmentally safe products. As well as being a smart phone that will help the company reestablish itself as a force in the mobile device field which is becoming increasingly more simply a field of smartphones and little else.

The Sony Cell Phone known as the Aspen is a smartphone, but it is made from recycled plastics, waterborne paints and comes in a smaller package to decrease CO2 emissions during the transportation process. It also has a an electronic manual to cut down on, no pun intended, on paper costs as well as optimized light sensor display which will allow the phone to consume less energy while in use. But these are just the green aspects, it also contains a rich feature set as anyone might expect from a smart phone in this day and age.

The Aspen Cell Phone runs on the new Windows Mobile 6.5.3 platform which will give users the ability to open and work with Microsoft Office files at your leisure. Users are only a click away from browsing the internet, checking on Facebook, Myspace, Twitter and other social networking sites. Additionally the Aspen offers a 2.4 inch touch screen display, a full QWERTY keyboard, Bluetooth capabilities, Wi-Fi and host of excellent features.

The phone is part of the Sony Ericsson “GreenHeart” initiative in which they said they would be actively exploring and implementing green technologies whenever possible. This however goes beyond just being a green cell phone, the Aspen is a green smartphone, something that is a total rarity today. It is this innovativeness and initiative that will help give Sony Ericsson the necessary push which they need to come out a winner in the smart phone industry, an industry that is becoming increasingly cutting edge and is always highly competitive.

So while many companies focus on one or the other (green or smart phone) Sony Ericsson Cell Phones has taken it upon them to combine the two without jeopardizing the standout qualities of either. It is a truly remarkable thing and it is great to see the industry becoming more and more competitive, creative and innovative while never losing site on the consumers needs and the as well as the environments.