Is This The Future, Car or Plane?

Is it a car or a plane? The Terrafugia, a small airplane that can drive on roads and has been billed as the first “flying car,” is now one step closer to becoming street- and sky-legal. The vehicle has cleared a Federal Aviation Administration (FAA) regulatory hurdle for craft classification by weight. A full-fledged production prototype might be just around the corner, according to multiple reports. At issue was Mass.-based company Terrafugia wanting its Transition vehicle to be classified as a “Light Sport Aircraft” by the FAA so people eager to fly it would need only 20 hours of flying time. 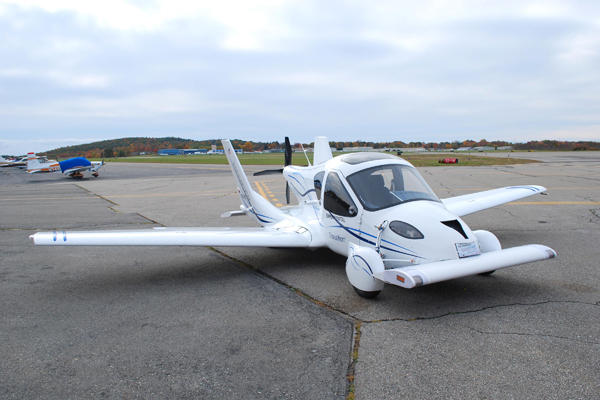 Yet the two-seater vehicle came in 110 pounds (50 kilograms) overweight in accommodating roadworthy-assuring safety items such as crumple zones. The FAA said that so long as customers are advised about this extra weight, the car-plane hybrid can be sold. The Terrafugia completed its maiden voyage last March in upstate New York. According to its maker, the Terrafugia can transform from a roadable vehicle that can hit a highway speed of 65 mph to a winged aircraft in 30 seconds. The plane version can cruise at about 115 mph (185 kph) and cover about 400 miles (644 kilometers) worth of turf before needing a refill of regular unleaded gas. 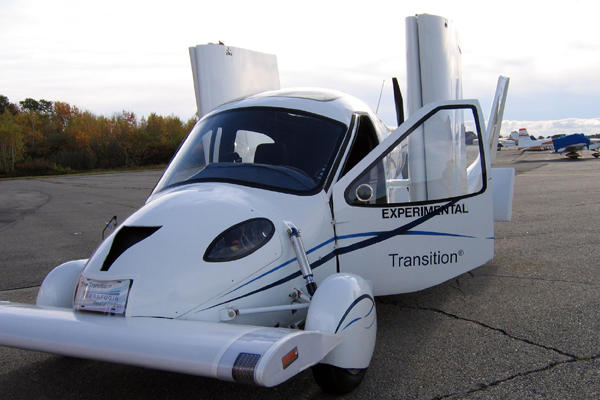 The price of a Terrafugia is expected to be around $200,000 and deliveries could start next year, assuming the vehicle passes crash tests. The company has envisioned its vehicle as finding a home with amateur pilots who live near air fields, but as any Jetsons’ fan knows, flying cars might well be the wave of the future.