The History About July 4th 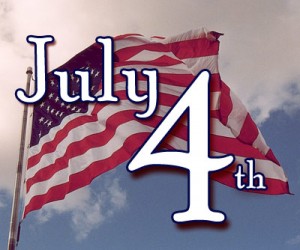 The 4th of July — Independence Day. For American families, it’s a tradition that involves food, friends and fireworks. Unfortunately, as with many holidays, it’s easy to lose sight of why we’re celebrating.

America’s independence is significant in part because, to many people worldwide, it’s the defining characteristic of our country and its citizens.

Many other countries came together because of a common language, religion or ethnicity. That’s how the countries in South and Central America, for example, came to be. The United States of America, by contrast, was born because its founders believed in a series of principles and ideas. Having escaped religious persecution in Europe, the first non-native Americans were firm defenders of a number of things including: liberty, freedom and opportunity.

These concepts are the bedrock of our country’s rich history, and have guided us in the 232 years since we declared our independence from Britain. And although we haven’t always lived up to these ideals, the American spirit to strive for perfection has always prevailed.

Ultimately, the genius of our country lies in its people. Previous immigrant waves began with the first pilgrims from England, and included Germans, Irish, Polish, Chinese and Italians, among others. Today’s Hispanic Americans are just the latest in a long list of those who left their homelands and their families in search of a better future.

And yet, precisely because there are no requirements or preconditions to become an American (other than an understanding and appreciation for all that bind us together), immigrants have an obligation to honor and love our country. Like those who came before us, it is vital to know our country’s history, customs and language.

Only then can we ensure that future generations of Americans can be as blessed as we are to live in such a great country.